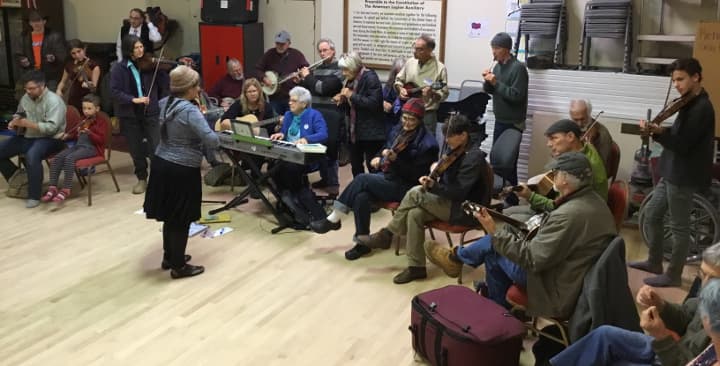 The All Comers Band set of the month for December 2018 is Out on the Ocean into The Lilting Banshee.

Usually “lilt” refers to the characteristic swing of the jig accomplished by accenting the downbeats and the notes preceding them. For music readers, this works out to be the first, third, fourth, and sixth eighth notes in a measure. With The Lilting Banshee, I think the word “lilting” refers to one of the Irish terms for singing a tune with nonsense syllables rather than words.

Singing tunes for dancing or other entertainment has been widespread throughout the Celtic world at times where instruments were scarce, when playing music was frowned on for religious reasons or to suppress Celtic cultures, and of course when one musician asks another, “Hey, how does Out on the Ocean go again?”